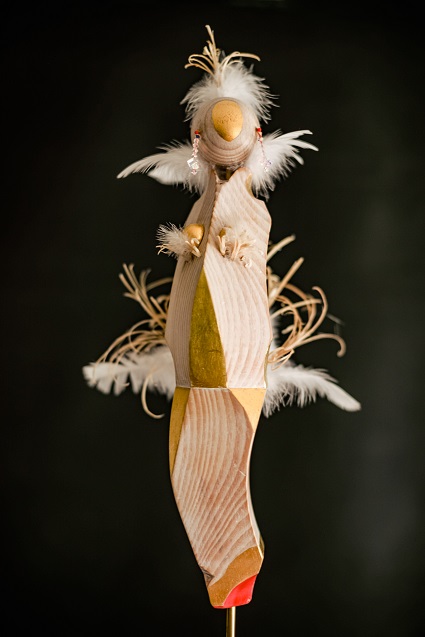 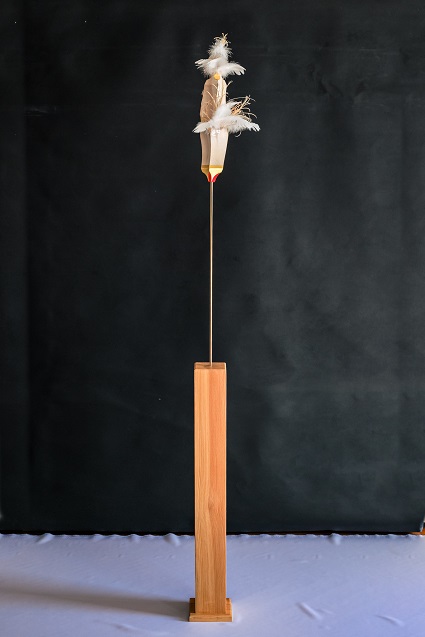 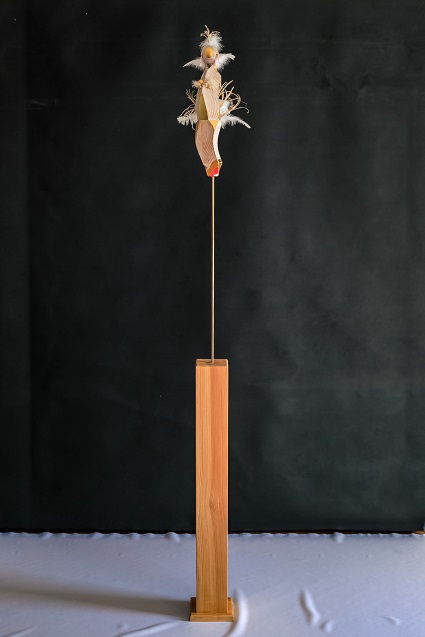 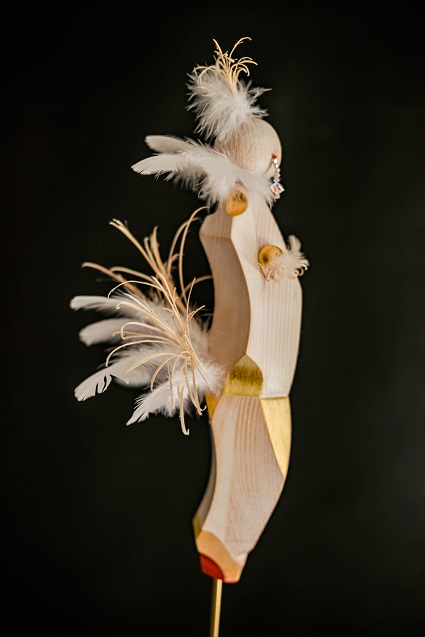 Where does someone get their inspiration from?

This figurine is the most recent addition to the 'Body postures' series.
I previously made the sculpture 'Ballerina' in this series. This was finished and is no longer in my possession.
Later I thought that I could also have given this ballerina figurine a skirt made of feathers, a tutu. That would have enhanced the ballet dancer’s portrayal.

Then came the image of a showgirl with the feathers and high heels upwards.

So, in this case, for the statuette of a dancer, first there was the title, Showgirl on Louboutins. It just had to be made.

Not that I'm a fan of super high heels and pointed toes. But the striking red shoe soles have become the well-known trademark of Louboutin shoes. And are therefore recognizable when worn by women (e.g. on TV).

In photos of showgirls, these women always stand proudly upright in heels, the body turned slightly away from the camera, but looking straight into the camera.
Dressed in swimsuit-like costumes with glitter, they wear an exuberant plumage on their bottom and head. The feathers on their heads make them appear taller and slimmer.

Not that they are dressed in Louboutin shoes, but my statuette of a showgirl is.

The Showgirl's body pose on photo’s actually consists of three twists.
From the feet to the waist the largest rotation, a quarter turn from the camera.
The upper body is slightly less turned. An eighth turn away from the camera.
And the head is looking straight at the camera.

This rotation of the body is emphasized on the figurine by the staggered gilded parts and the golden face.

And this whole pose on golden colored high-heeled shoes with red soles.

There are no reviews yet.

This website uses cookies to improve your experience. We'll assume you're ok with this, but you can opt-out if you wish. Read More